Share a memory
Obituary & Services
Tribute Wall
Read more about the life story of Gerald and share your memory.

Gerald James Schweich of LaValle passed away on November 15, 2022 at the age of 78. Gerald was born on January 27, 1944 to Eugene and Barbara (Dutenhoeffer) Schweich at St. Francis Hospital, Breckenridge, MN. He was raised in Minnesota and graduated from Breckenridge, MN High School. Gerald loved being a farmer, fisherman, hunter, zinc plater and was fond of a good steak, pot roast and blueberry pie. Gerald founded Plateco Inc. in his garage in Necedah, Wisconsin in 1974 and retired in 2012. He oversaw four major expansions of the company: the construction of a 5,000 square foot facility in Necedah, WI in 1977, the move to a new 10,000 square foot facility in Reedsburg, WI in 1982. In 1990 they built a 10,000 square foot facility in Covington, TN, and in 1994 they bought a facility in Sercy, AK. The 2nd generation officially took over with his son Jim and nephews Jerry and Tom in 2012. A third generation of Schweich’s is now involved in the management of Plateco Inc., with Gerald’s grandson in law Micah Fulton.

Gerald married Dell Sauter on April 30, 1966 at Nativity of Mary Church, Bloomington, MN, but parted ways in 1990. They were blessed with three children Cole, Jim and Adam.

A Mass of Christian Burial will be Celebrated for Gerald at 1:00 P.M. on Tuesday, November 22, 2022 at Holy Angels Parish Catholic Church in La Valle. Reverend Sanctus K. Ibe will be the Celebrant. Burial will follow at the Oak Lawn Cemetery in LaValle. Visitation will be held on Tuesday from 11:00 A.M. until the time of the service at the church. In lieu of flowers, memorials are preferred in Gerald's name. Memorials received will be donated to Gerald's favorite charity or may be made to the charity of your choice. The Farber Funeral Home in Reedsburg is assisting the family with arrangements. 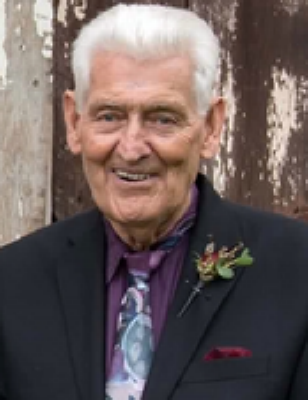