Share a memory
Obituary & Services
Tribute Wall
Read more about the life story of James and share your memory.

James was born August 11, 2022, in Madison, the third son of Charlie and Ashley (Sorenson) Brumer. He was baptized into Christ on August 13, 2022. James’ sweet smile touched many people. James was born with congenital heart disease, which required open heart surgery when he was a week and a half old. James was able to come home in the beginning of October and spent 6 wonderful weeks at home. However, in the middle of November, he was readmitted to the hospital. In the first week of January, James required his second open heart surgery. Two weeks later, the fight became too much, and he was reunited with Christ.

In addition to his parents, Charlie and Ashley, James is survived by his brothers Peter and Thomas, his paternal grandparents Chuck and Sabine Brumer, and his maternal grandparents Dave and Beth Sorenson. He is also survived by his aunts and uncles, Kevin (Andrea) Sorenson, Emily (Logan) Krohn, and Katie (Zach Markell) Brumer; cousin, Whitley Sorenson; and many great aunts and uncles.

A Mass of Christian Burial will be celebrated for James on Saturday, January 21, 2023, at 10:30 am at Sacred Heart Catholic Church in Reedsburg.  Reverend David Carrano, Pastor of the Good Shepherd Parish of Madison, will be the Celebrant.  Visitation will be on Friday, January 20, 2023, from 3:00 pm until 6:00 pm at Farber Funeral Home in Reedsburg.  Burial will follow services at Calvary Cemetery in Reedsburg,

A special thank you to James’ AFCH PICU and Cardiac Family that fought his battle with him every day. You always provided comfort and strength to us when it was needed most.

In lieu of flowers, the family request those who wish to express sympathy, to consider making a charitable gift in James’ name to support the UW Health Kid’s American Family Children’s Hospital. CHECKS CAN BE MADE OUT TO: American Family Children's Hospital -MEMO In Memory of James F. Brumer. MAILED TO: UW Foundation U.S. bank Lockbox 78807 Milwaukee, WI 53278-0807. OR direct contributions can be made on the memorial fund video link below.

Farber Funeral Home is assisting the family with arrangements.

Video is available for this event 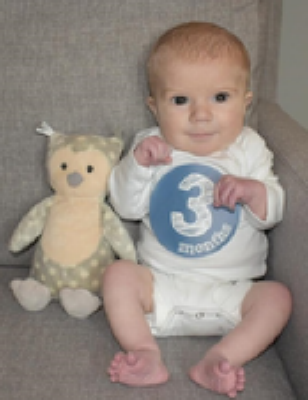