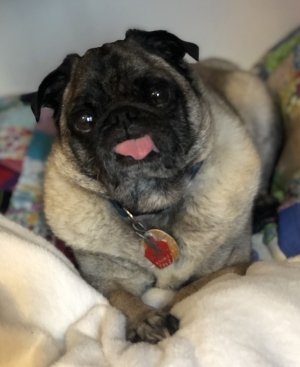 Kathleen M. Mihlbauer, age 77, of LaValle, WI, passed away on Wednesday, July 29, 2020. She was born on July 27, 1943 in Morganfield, Kentucky, the daughter of Ernest and Lorraine (Holl) Maes. On August 7, 1969, she was united in marriage to Terry Mihlbauer. This marriage was blessed with a daughter, Tammy. Kathy was a bookkeeper for many years.

Kathy grew up in Green Bay and moved to LaValle in 1969 where she met the love of her life, Terry.  August 7th would have been their 51st wedding anniversary.  She was not only a loving mother and grandmother, but a best friend to her daughter and granddaughters. Her many hobbies included being a Mary Kay consultant for 35 years, garage sale-ing with her granddaughters, doing puzzles with her “therapy dog” Otis and tending to her many flowers. She had a love of numbers and was a bookkeeper most of her adult life, recently retiring from Wisconsin Glass; “her boys”.  Kathy never met a child or dog she didn’t like or that didn’t like her.  She had an amazing sense of humor and was known for her quirky sayings and nicknames she had for many.  She will be missed the most by her family and her many friends, especially her coffee gals.

Kathy is survived by her husband, Terry of LaValle; daughter Tammy Mihlbauer (Peter) of Reedsburg; grandchildren Tommi McCullick and Jamie McCullick (Jacob) of Reedsburg; sisters Fran (Ray) Wishneski and Julie Loritz; brother Richard Maes; along with her grand-pups Otis and Hunter and many other family and friends that were like family.

Funeral services for Kathy will be conducted at 6:00 P.M. on Tuesday, August 4, 2020 at the Farber Funeral Home in Reedsburg with Pastor Richard Johnson officiating. Visitation will be on Tuesday from 2:00 P.M. until the time of the service.

The Farber Funeral Home, Reedsburg, is assisting the family.