Share a memory
Obituary & Services
Tribute Wall
Read more about the life story of Ryan and share your memory.

Ryan S. Green, age 42, of Cazenovia, WI, passed away on Sunday, November 13, 2022 at St. Mary’s Hospital in Rochester, MN following complications of diabetes. He was born on November 18, 1979 in Richland Center, the son of Charles M. and Elaine M. (Keller) Green. He was a graduate of Weston High School, lettering in multiple sports. He attended UW-Steven’s Point double majoring in Biology and Philosophy, which led him to have an opportunity to teach in Korea. Ryan lived in Korea for nearly 20 years teaching elementary education. He loved the Korean language and its culture. Ryan enjoyed fishing, hunting, hiking, reading and traveling. He also enjoyed baseball and attending Brewer games. He was an awesome uncle to his nieces and nephews and they always had fun together.  Ryan was a member of St. Anthony’s Church, and the Knights of Columbus.

He was preceded in death by his father Charles, and his twin brother Brian.

He is survived by his mother, Elaine of Cazenovia; brothers and sister: Eric Keller of Reedsburg, Chris (Shannon) Keller of LaValle; Kelly (Jason) Miess of Avoca, Chuckie (Dawn) Green of Monona, and Tim (Mariah) Green of LaValle; five nephews; four nieces; his beloved Australian Shepard Genju; along with other relatives and friends.

The Mass of Christian Burial for Ryan Green will be conducted at 11:00 A.M. on Tuesday, November 22, 2022 at St. Anthony’s Catholic Church, Cazenovia, with Father Nathan Thainase officiating. Visitation will be on Monday, November 21 from 4:00 to 7:00 P.M. at the Cazenovia Chapel. A rosary will be prayed at 6:30 P.M. Visitation will also be held on Tuesday from 10:00 A.M. until the time of the service at the church. Burial will be held at a later date.

The Farber Funeral Home, Reedsburg, is assisting the family. 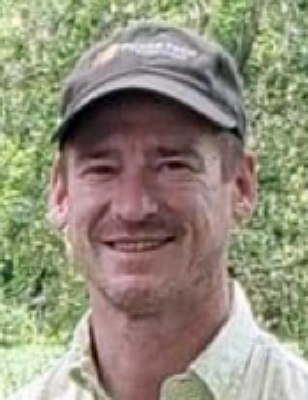